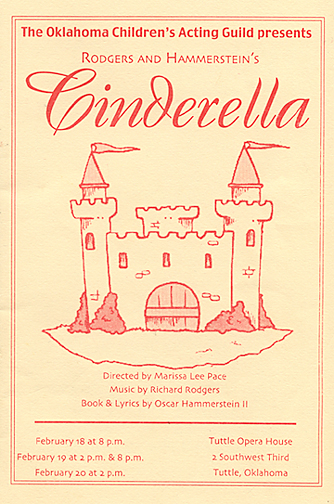 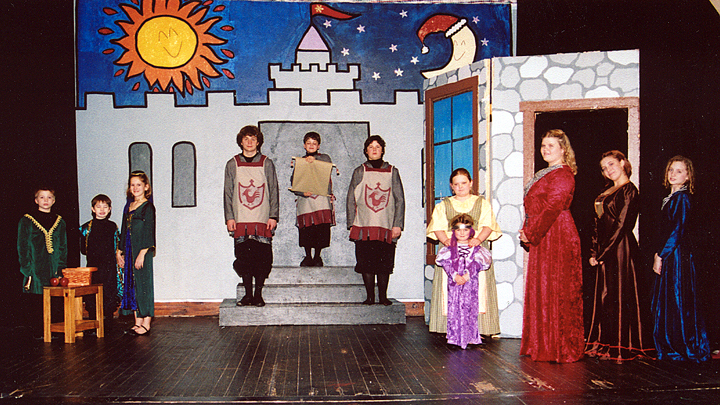 The musical "Cinderella" opens as the herald, Dartagnan, announces the royal ball. 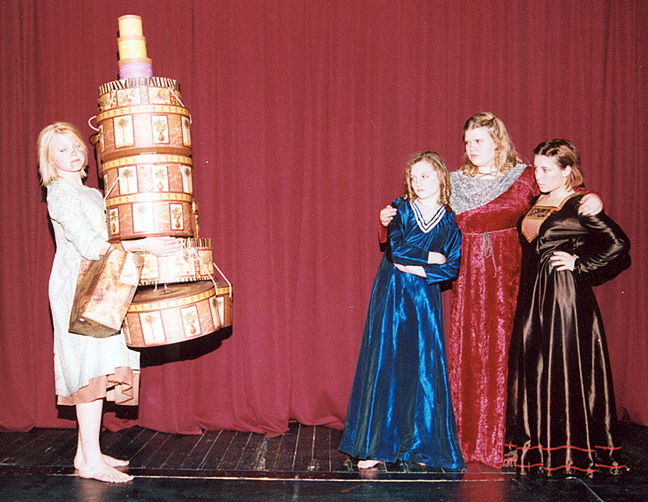 Joy, Amorevole and Portia watch lazy Cinderella as she slowly makes her way home with their packages after a day of shopping. 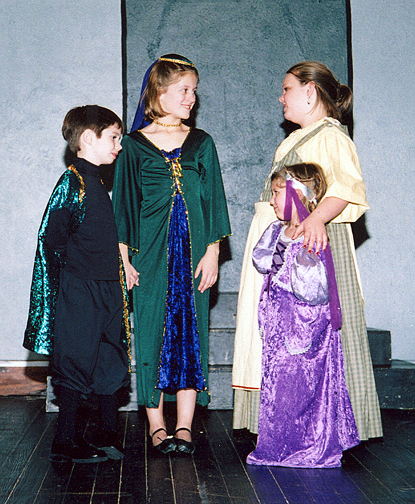 Sinclair, Marguerite, Antoinette and Adora chat together in the town square. 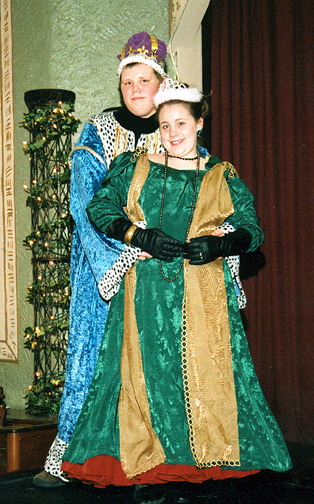 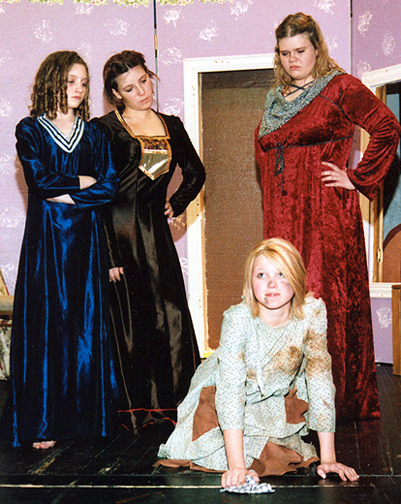 Portia, Joy, Amorevole grow aggravated with Cinderella's daydreaming getting in the way of her endless chore list. 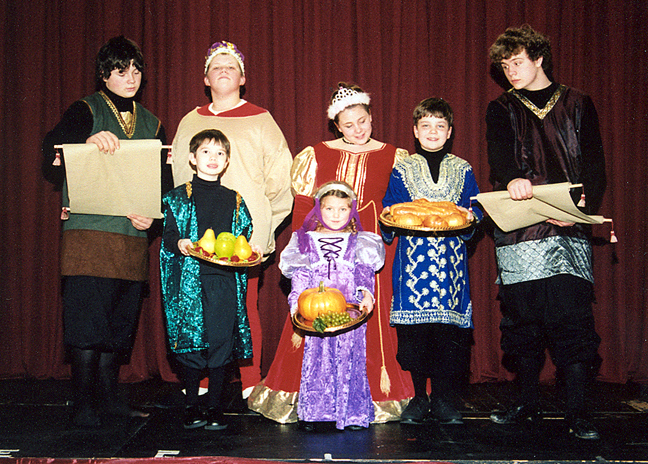 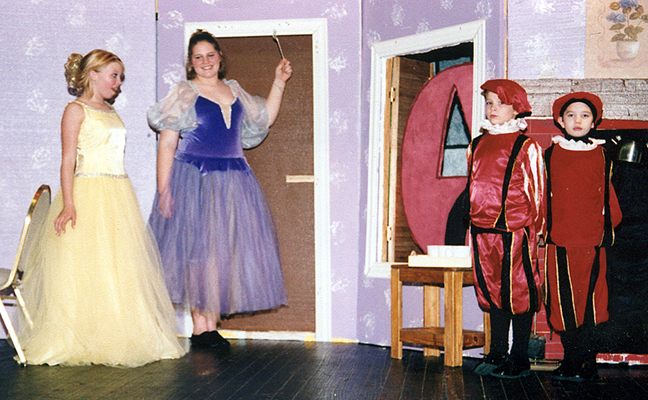 Cinderella gasps with disbelief as her godmother, Crisalida, makes a pumpkin into a carriage before her eyes as Jerard the coachman and Sinclair the footman stand by. 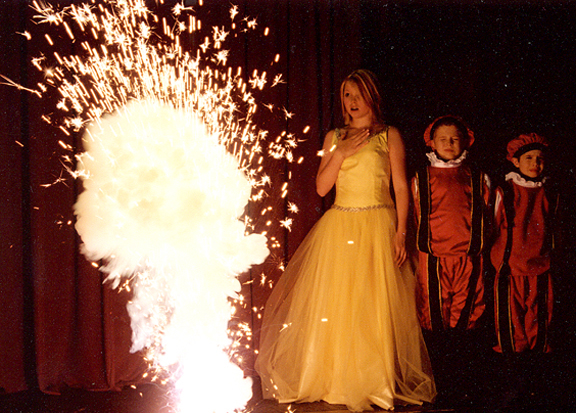 Crisalida disappears in a puff of smoke, leaving behind Cinderella, Jerard and Sinclair. 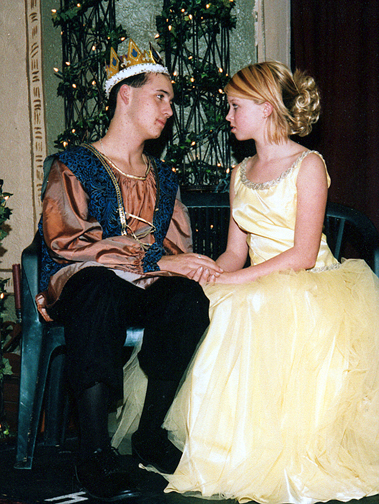 Cinderella and Christopher profess their love for each other in the garden. 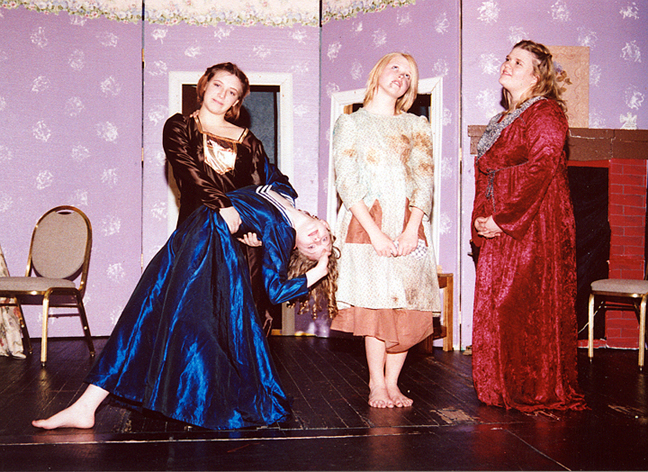 Joy, Portia, Cinderella and Amorevole sing about the previous night. 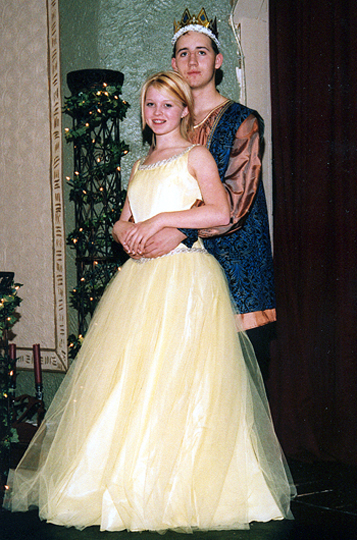 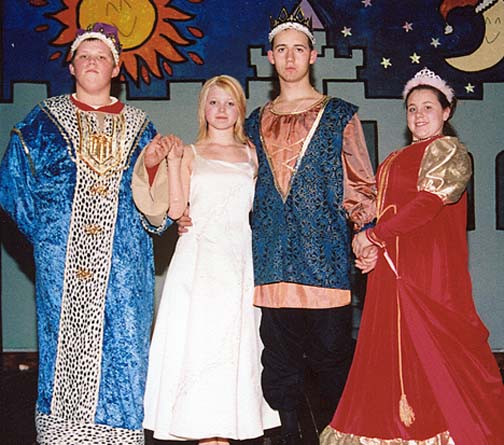 The cast of "Cinderella" after the show.

The crazy cast of "Cinderella."